My mother and father passed away more than two decades ago, but I want to thank them now for helping me at a time when I couldn’t say thank you. 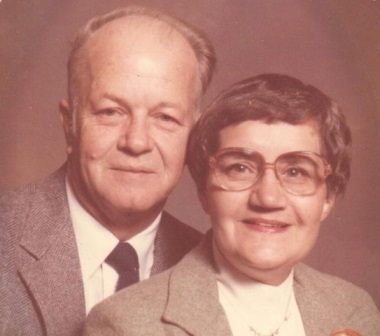 I was nine years old, and I got the measles. Back then, there was no vaccine. There were epidemics, and they were dreaded.

I have never been so sick before or since. I remember looking in the mirror, and the sight of my rash-covered face almost made me throw up. In fairness, I was throwing up a lot. And I had a fever, a very high fever.

One night, I woke up with fever-induced hallucinations. Worse yet, I had thrown up in my sleep. Vomit and hallucinations do not mix well, and I wish I could suppress that memory. I was terrified and had no way to help myself. Soon, though, my parents came and cleaned me up. In addition, as I recall (I was hallucinating), my favorite cartoon character appeared and said very comforting things to me. I still wonder who, if anyone, said that.

From there on, I began to recover. I was better at Thanksgiving, and I came down for dinner in my bathrobe and ate as much as I could, which wasn’t much. Mom even got my favorite vegetable, asparagus. I enjoyed it a lot, although I couldn’t eat even a single full stalk. I left the party before dessert was served and went back to bed, exhausted. I had reached my limit, and I climbed the stairs to my room bitterly disappointed that my limit was so low.

I don’t remember saying thank you to Mom and Dad for all they did when I was so ill. I didn’t fully understand what was happening at the time, and getting well might have been thanks enough, actually. Measles can cause lasting health problems or even death. A boy at my school died in that epidemic. Parents who don’t vaccinate their children may not understand how dire the disease can be.

So, Mom, thank you for helping me on that night when I was in so much trouble and utterly helpless and frightened. I still remember how thankful I felt to know you had come and would make it all better.