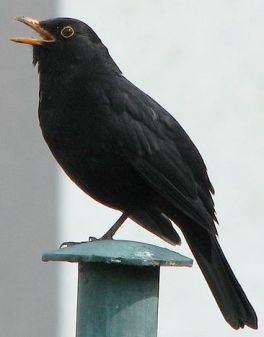 Different languages express the same thing different way, if they express it at all. Here are some of the problems of translations and successful and unsuccessful solutions that work.

The Spanish language doesn’t have a verb equivalent to “finesse.” You can express the idea, of course. “She finessed her way into the party,” can be said in Spanish: Se las ingenió para entrar en la fiesta. “She used her ingenuity on things to get into the party.” Not quite the same, but close.

When you’re translating, that’s one kind of problem you can encounter, but there are more, as I’ve discovered living cross-culturally. I was born and raised in the US, currently living in Chicago, but I I lived in Madrid, Spain, from 2000 to 2016. I’d been studying Spanish since I was 12 years old, and I now hold a certificate from the Instutito Cervantes for mastery-level skill at the language.

I also write poetry, especially haiku, so naturally I try to write the same poem in both languages. To succeed, I may have to use certain translation procedures to overcome problems.

One technique is compensation, as using “ingenuity” to approximate “finesse.” Here’s another example of compensation:

In Spanish, you nod by asentir con la cabeza or “to agree with the head.” A literal translation would not work. The closest word, mecer, means “to rock,” as in “the hand that rocks the cradle.” So I wrote a Spanish version that means, literally, “the bees / rocking the flowers / of lavender.” It supplies the same physical picture, but the implied meaning is different.

You can also paraphrase, which may or may not get you what you need. In Spain, the famous festival in July in Pamplona, known for its running of the bulls, honors St. Fermin, so the fiesta and by extension the run are known as los sanfermines. But as you can see, the paraphrased English version still needs a little work.

the running of the bulls in Pamplona
a stoplight blinking
yellow

Another problem is cultural, which can be solved with adaptations. In Europe, the blackbird is the Turdus merula, basically an all-black version of the American robin, Turdus migratorius. (The European robin is a flycatcher, Erithacus rubecula. New World blackbirds don’t exist in Europe. Yes, it’s confusing.) For both these Turdus birds, their song is a harbinger of spring, so if I’m writing for an American audience, I will adapt the name of the bird to avoid confusion.

But the following haiku has another problem that requires a compensation. In Spanish, the adverb ya emphasizes the time of the event. What time? Now, then, soon, already, immediately, finally, never … you know from the context. So the Spanish version, translated over-literally, is “the blackbird sings / storks direction to the north / ~time? how that ~time?

A particular problem is wordplay and puns. In this example, Spanish words can often distinguish gender, although English words can’t. The translation is exact, but the humor doesn’t come through.

Of course, poems can also employ rhyme, rhythm, assonance, figures of speech, and all the other resources that form the art of language and which tend to resist translation. That’s why Italians say tradutore, traditore, “translator, traitor”: translations often betray the meaning, no matter how hard the translator works. Yet these challenges are what makes translating poetry as much fun as writing it.