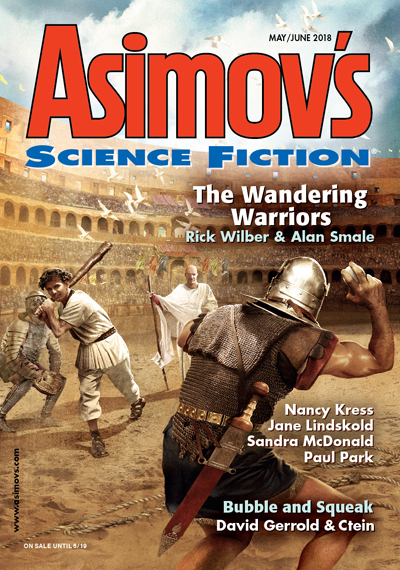 My novelette “Life From the Sky” appears in the May/June 2018 issue of Asimov’s Science Fiction magazine. I’m excited to be there along with some of my favorite authors.

You can subscribe to print and electronic editions at the Asimov’s website and at Amazon. Individual copies are on sale now at fine bookstores and are available at some public libraries.

The story is set in the here and now. What if alien life forms landed on Earth? What would we do?

Here are the opening paragraphs: 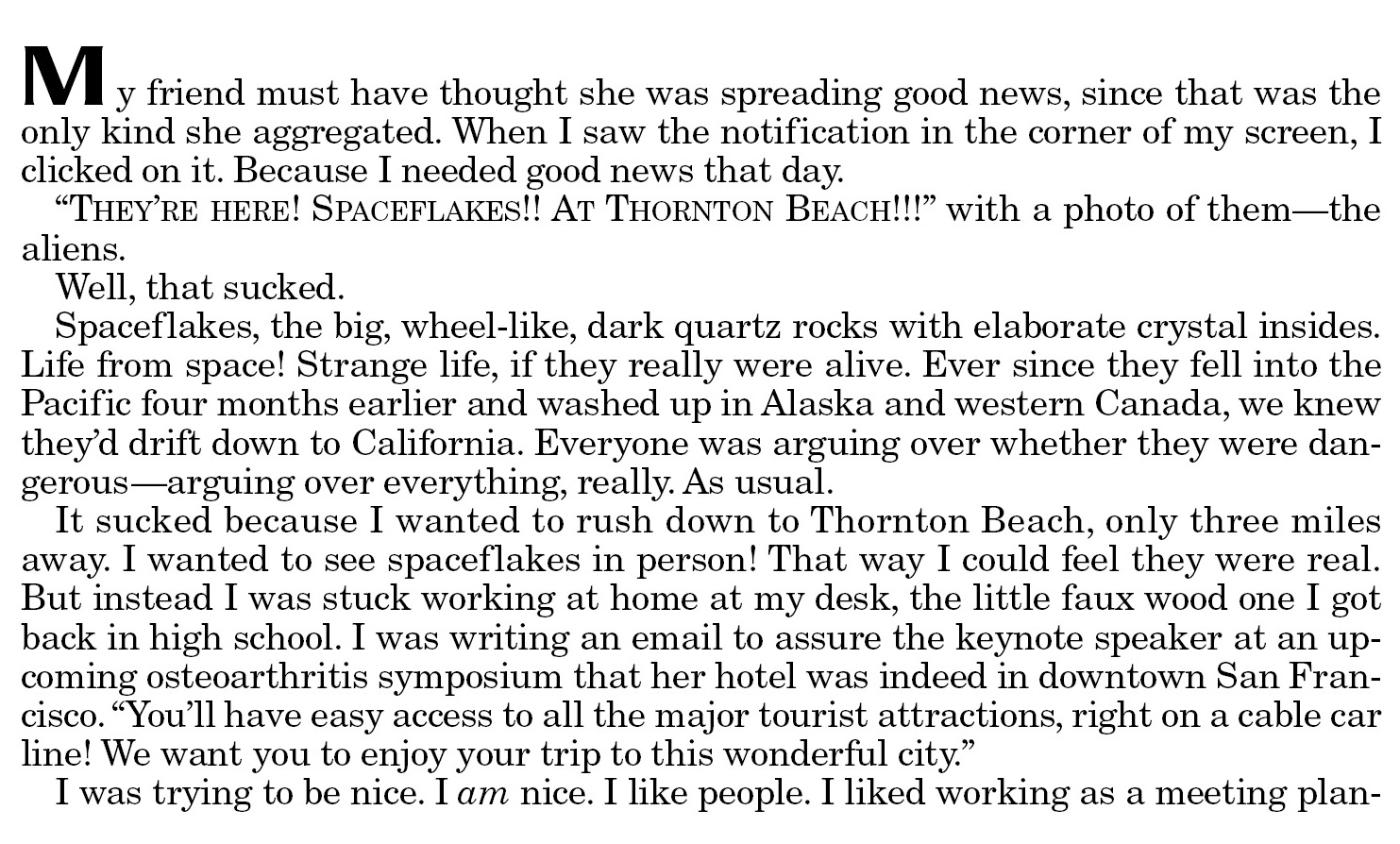