Spain’s Fundéu BBVA, which addresses critical questions about the Spanish language, has chosen microplástico (microplastics) as its word of the year for 2018. 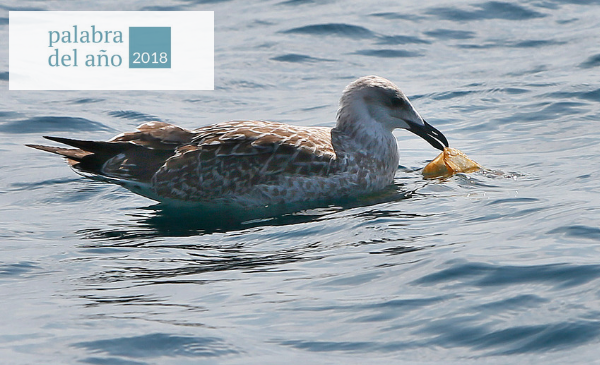 The foundation chooses its word of the year from terms in the news. This word “highlights the awareness of one of the great environmental problems facing humanity,” according to the foundation’s website: many of the questions that the media had for Fundéu BBVA this year involved words related to the environment, which led to the selection of microplastico.

Fundéu BBVA explains: “Microplastics are small fragments of plastic (less than five millimeters) that are manufactured at that size for cleaning or hygiene products or that break off from larger pieces of plastics (shopping bags, containers of all kinds) during their decomposition. Their presence in the sand on beaches, in organisms in animals, in the sea salt we consume, and even in the water we drink have set off alarm bells, leading the reduction of single-use plastics, which are responsible for much of the problem.” [My translation.]

Meanwhile, here in English, the words of the year were toxic according to Oxford Dictionaries; misinformation, Dictionary.com; single-use, Collins Dictionary; and justice, Merriam-Webster.

As I noted earlier, I can only conclude that in the English-speaking world, the year 2018 had a lot of problems. The Spanish-speaking world had the similar problems. Now 2019 is about to land on us. What will we talk about? Our larger conversations are certain to remain troubled and troubling.