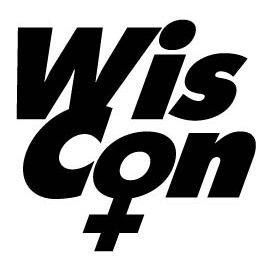 Friday, May 25
Chicago to Madison

Since my husband needed our car to get to work, I hitched a ride with a friend to get from Chicago to Madison. At one point a detour for roadwork sent us on some gorgeous little country roads. We entertained ourselves by birdwatching, spotting lots of turkey vultures along with more elegant species.

We arrived a little after noon, and I checked in, got my credentials, and went to The Gathering, a fair-like welcoming event in the hotel’s Capitol Ballroom. It offered activities including a nail polish swap and hair braiding salon, but I mostly browsed through the clothing swap and found two sweaters, a dress, slacks, top, and scarf, at which point I decided to stop because my suitcase would be stuffed. Then I visited The Gathering’s Gadget Petting Zoo and marveled at the extensive variety of fidget spinners.

My only panel at the convention started at 2:30 p.m., Speculative Fiction in Translation, which I was also on last year at WisCon. We discussed the joys and obstacles (mostly financial) to translation, and some tricky cultural and linguistic challenges. I moderated, and the panel included Rachel Cordasco, who runs the Speculative Fiction in Translation website. She passed out a 14-page catalog of works recently translated into English from around the world; the information is available at her website. We also gave away chocolate and books, as we did last year.

Next stop: a Neopronouns workshop – words like “they,” “zhe,” “ze,” “xe,” “e” and “per.” As we discovered, even people who favor such pronouns sometimes find them awkward, and the grammar cases can be troublesome, but they serve an important purpose.

After dinner in the Con Suite, greeting old and new friends, I cruised through the Meet the Artists event in the Art Show and indeed met some artists. Then I attended “What Does It Mean to Be a Good Fandom Citizen?” which was about fanfic and creating an environment to support an attitude of “live and let live” (or “ship and let ship”; “to ship” refers to initiating a romantic relationship).

The hotel bar was well-stocked with Fantasy Factory, a beer by a local brewery, Karben4. The label depicts a fire-breathing unicorn being ridden by a ninja cat. I enjoyed it as I spent the rest of the evening at parties, laughing and getting a hug from a dragon, and was in bed by 1 a.m.

Feeling better than I had a right to, I bought a coffee and a breakfast pastry as I toured the Farmer’s Market at Capitol Square near the hotel. Asparagus, morel mushrooms, and seedling flats served as proof of springtime. I bought some fine cheddar as a gift for my husband, who was stuck at home doing homework for his master’s degree.

I left the convention briefly to go to A Room of One’s Own bookshop to sign some of my books. I came back and bought some art, specifically a matted photo by Katie Clapham, whom I’d met the night before. Then I bought a book and trinkets in the Dealer’s Room, and finally I ate some tasty salads for lunch at the Con Suite.

“Subtle Dangers of AI” considered the biases in machine learning and algorithms, which are compounded by the tendency to use them to make money rather than practice any sort of ethics. At “Arab-American Fantasy,” guest of honor Saladin Ahmed told how he incorporated the importance of older people in Arab culture into his novel Throne of the Crescent Moon. “Female Friendships in Our Stories” compared the differences between friendships, romantic relationships, and familial ties, and discussed female friendships in specific works.

After dinner at a Peruvian restaurant with an old friend where we argued over familial ties in novels, I was back for the Tiptree Auction. Auctioneer Sumana “brainwane” Harihareswara, a stand-up comedian among other career choices, was surprised by some of the bidding. A red plastic inflatable fish skeleton was sold for $145. “I’m exceedingly aware that this is ridiculous,” she said as bidding escalated “for a thing you never needed … this goddam fish … that I got helping a friend move” because the friend was going to discard it. The winning bidder received a standing ovation.

Next, to Sumana’s greater amazement, a 2002 O’Reilly manual, Essential Blogging, Cory Doctorow’s first book, sold for even more, $355, despite its discussion of highly out-of-date technology. Perhaps the proximity to the temporary bar in the hallway had something to do with all this.

After that, I wandered through parties, including the Haiku Earring Party, where you select a pair of earrings, then the hostess, Elise Matthesen, gives you a topic, and you write a haiku. My earrings were made of large gray and black beads, and my topic was “mixing up the night.” After overcoming writer’s block, I produced: “about to ignite / hydrogen coalescing / into primal stars.”

That night, I conscientiously went to bed before midnight.

Wearing my new earrings, which matched my outfit perfectly, I snatched some coffee and Racine kringle pastry at the Con Suite, then attended various panels. “How Writers, Editors, Teachers, and Publishers Can Encourage Positive Social Action” talked about “changing the shape of the box rather than the shape of the writer” and how to subvert narratives. “Epigenetics Book Club: What It Is and How It Will Affect SF Plotting” dealt with themes I am plotting about in my current writing project.

After lunch with a friend at a breakfast-all-day restaurant, the panel on “Uncommodifying Culture” pondered whether speculative fiction might be more branded and commodified than other genres. The panel “Biology Breaks Binaries: More Wild Alien Sex” was cancelled, so instead I went to “Constellations of This and Other Worlds.” The presenters couldn’t get the AV equipment to work, so we used our smart phones to access the star charts on their Google Drive document.

Next I went to a nearby coffee shop for “The Alchemy of Diversity: Poetry Open Mic,” where the Science Fiction and Fantasy Poetry Association celebrated its 40th anniversary; I am a member. We entertained ourselves with round-robin readings.

At the Dessert Salon, held immediately prior to the guest of honor speeches, we all got a choice of two desserts, and I went for maximum chocolate. As the event began, we were saddened to learn that Gardner Dozois had died. Saladin Ahmed said how much he’d miss him, and then read his speech: “I hope we can feel like guests in each others stories…. How we mythologize matters.” The other guest of honor, Tananarive Due, told how Gardner had published her early works, and then described how science fiction, in particular Afro-futurism, can “weave the future today…. We need to help young readers imagine a better world.”

The Tiptree Award ceremony presented chocolate and other gifts to Virginia Bergin, author of the winning work, a British young adult novel Who Runs the World? which will be published in the US as The XY.

Then I attended some parties, but none of them had alcohol, so eventually I gravitated to the bar, met old and new friends, and suddenly it was 1 a.m.

Monday, May 27
Madison to Chicago

I got up, packed, checked my luggage with the front desk, got coffee and a sweet roll in the Con Suite, and went to panels.

“You Are (Probably) Not As Progressive As You Think” discouraged would-be allies from getting angry or confrontational on behalf of marginalized groups because that makes the marginalized group members seem angry and confrontational, even if they aren’t. “Future of Fiction Formats” considered works such as 17776 by Jon Bois, as well as the question that the “Alternatives to Patreon” panel also pondered: how to get paid. “There’s no magic way to get paid through crowdfunding,” panelist Alexandra Erin said, “but there’s no magic way to get paid for anything.”

The convention ended with The Signout in the Capitol Ballroom, where about thirty authors signed their books. I was one of them. The guests of honor got a lot of attention. I chatted with friends, had Naomi Kritzer sign a book for me, enjoyed snacks elegantly provided to authors by the convention (thank you!), but I only signed three books, two of which were not my own.

And having said goodbye, I got my suitcase from consignment, walked to the nearby University of Wisconsin campus, and soon caught a bus back to Chicago, reading the latest issue of Asimov’s magazine on the way.

Next year’s WisCon guests of honor will be G. Willow Wilson, author of the Hugo-winning Ms. Marvel comic, and Charlie Jane Anders, author of the Nebula-winning novel All the Birds in the Sky.